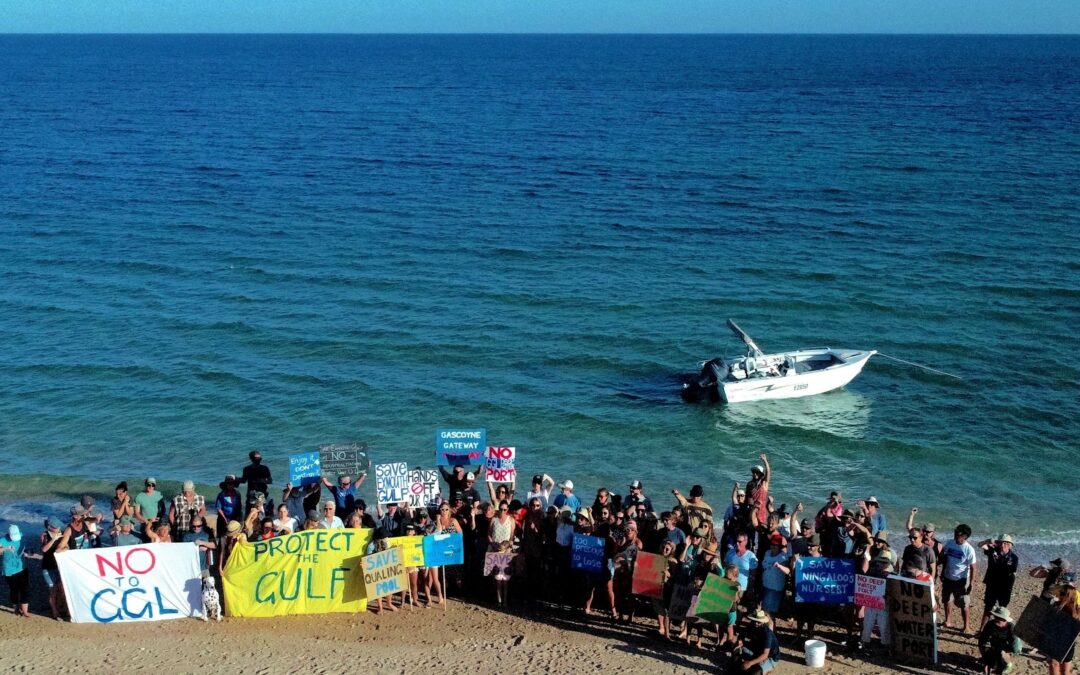 STATEMENT: Today Gascoyne Gateway has submitted its deepwater port proposal to the WA Environmental Protection Authority (EPA), after also submitting it to the Federal Government this week.  Following a short public comment period, both State and Federal Governments will then decide whether to formally assess the environmental impacts of the proposal and at what level.

“Once again, the broad community of people who love Ningaloo-Exmouth Gulf have to make the case that industrial development is incompatible with the fragile, world-class nature of the area, known as Ningaloo’s nursery.”

“The proposed industrial port and shipping operation would be in an area where humpback whale mothers nurse their calves, dugongs feed on seagrass meadows, and corals and colourful sponges flourish.”

“Because of the many threatened species that would be put at risk from this proposal, Protect Ningaloo will be making a strong case for it to be assessed at the highest level possible.”

“This kind of industrial proposal should never have been put on the table in the first place. But have no doubt, the community will once again make its voice heard to protect our precious Exmouth Gulf.”

You can have your say on Gascoyne Gateway’s proposed deepwater port through the EPA’s seven day public comment period here.